skip to main | skip to sidebar

Brittany Twilight (Of The Gods) 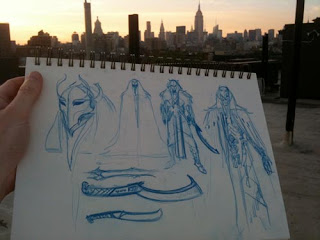 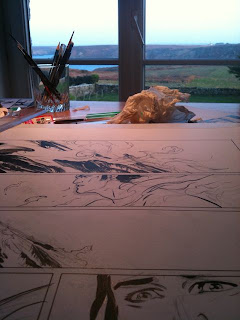 So I left New York to move back in Paris, via the Angoulême comic book festival. Time for me to take a break in a secluded island off the coast of Brittany, where I am working on Siegfried book 3 : Twilight Of The Gods, in the midst of storms, mist and glorious sunsets. Just the right mood to end the Siegfried saga. Book 3 is epic almost from begining to end, it's a chalenge and I'm taking all the time -and space - I need to try and make the breaking of Odin's spear shatter the sky.

SOUNDTRACK TO THE BREAKING OF SHIELDS AND SHATTERING OF SWORDS
Wagner kindly helps setting up the mood, of course, but if you wand sound as well as the picture above, the moors on the photo usually wake up to this.  If you are a soundtrack or fantasy enthousiast, it will probably blow your mind. If you don't know the piece, it is the absolute escence of Sword and Sorcery. If you already know it, this re-recording is -for the most part- absolutely glorious! (thank you for the heads up, Germanico)
Publié par Alex Alice à l'adresse 11:44 AM

This blog shows some of my work in painting and graphic novels, as well as a few previews of my animation projects. Enjoy! 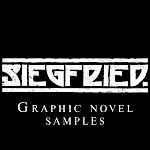